Today we are talking all about which foods have carbs and what to avoid while on the keto diet.

The ketogenic diet can work for anybody… provided you’re willing to pretty much give up carbs.

I say this because technically, the amount of carbohydrate intake that will take a person out of their ideal state of ketosis for fat-burning will vary.

So if you’re a type A personality, you can read up on which carbs you may want to experiment with your foods to see what happens with your ketosis readings as a result.

However, this is can get complicated quick, so for simplicity sake we can say that “no carb” is what you’re striving for.

Starting the Keto diet can get confusing, but let’s not make it harder than it actually is.

Here’s our top tips to avoid carbohydrates at every meal while still enjoying hearty and filling breakfasts, lunches, dinners and snacks!

When going keto or carb free, the best thing you can do is avoid anything that is pre-made and stuffed into a box, carton or branded packaging.

More than likely, it’s loaded with carbs, chemicals and tons of other foods that can even sound healthy, but won’t really help you lose weight or maintain a healthy lifestyle.

So no more Ramen (loaded with carbs!!), canned soups or mac n cheese.

If it’s not from scratch, you shouldn’t be eating it.

Save yourself the trouble of having to scan ingredient lists and food labels, and just choose real, whole foods instead.

There are a few sneaky ones you wouldn’t suspect too. Things like gravy mixes are loaded with carbs, sugar and additives like MSG.

Almost all of these products use sugar (carb) and corn starch (yep, carb!), potato starch (carb!) or flour (deefinately a carb!) to thicken them.

So this is a more obvious foods that have carbs. Breads, cereal, muffins, cookies and starchy sides like rice and potatoes all contain carbs.

Even whole grains that are typically considered good for you like quinoa, are off limits on the ketogenic diet.

These foods are good for you, but since the object is to maintain a state of ketosis, or high levels of ketones in your blood, then you don’t want to eat carbohydrate-rich foods which will take you right out of this accelerated, fat-burning mode.

So, no morning cereal, and no sandwiches.

So many of the yello, white and orange veggies are high carb foods.

Things like pumpkin, corn, potatoes, sweet potatoes, yellow squash and yams are not allowed in keto.

It’s not that the vegetables are bad for you, in fact they are great for your health and high in vitamin A. But they are so high in natural sugars, which is not allowed if your going to be going full, no-carb keto.

So make sure to find another source of vitamin A. We use cod liver oil, but you can get it from leafy greens and vegetables and fatty fish like salmon and tuna fish.

Another high carb food is beans. This isn’t well known, but beans are lentils are high in carbs and a food to aoid on keto.

If you’re doing a very small amount of carbs into your diet, you can try sprinkling in a few beans into your bowl of meat and tomato chili, provided you’re still in the ketogenic safe zone according to the readout on your keto test strips.

Unfortunately, the sugar monster is a major culprit for anyone who’s overweight, not just people trying out the ketogenic diet.

So if you fall susceptible to donut drive-thru binges, midnight ice cream freezer raids, and Halloween candy gorges… if you want to see results from this diet and do it right, then you’re going to have to find new ways to satisfy your cravings that don’t involve sugar.

Just say no to fruit.

Unfortunately, most fruit, though healthy and satisfying, fruit is somewhat forbidden on the ketogenic diet.

The only fruits you are permitted don’t seem very fruit-like, but while doing keto you may actually crave them: lemons, limes, and cranberries.

To make up for the lack of nutrition that comes from not eating fruit, you may want to find alternate sources of enzymes, potassium and magnesium.

Coconut water (fresh from the coconut is best, but boxed will do in a pinch) delivers some of these benefits.

As an Amazon Associate I earn from qualifying purchases. 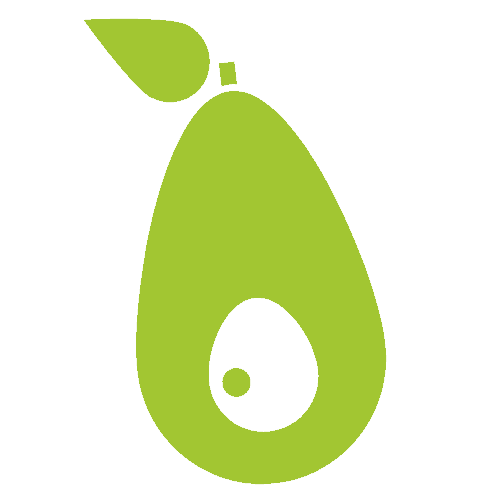